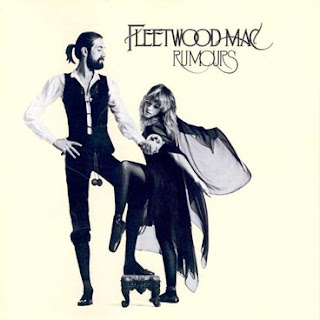 Disclaimer: This is not an album review!

When I woke up this morning one of my first thoughts was that tomorrow is Saturday, so that means an Arsenal match. Then I remembered its the summer, so no matches. I'm still adjusting to this and by the time I do completely it will be August and off we go again. I know we have the Copa America, but it just isn't the same. Anyway we will have to make do with the scraps of rumours, or rumors for you Americans reading. Yes, I know I don't normally delve into the transfer sillies, but there are a couple of rumours that just won't go away.

Firstly though, Chile were playing in the Copa America last night and defeated Equador 2-0. I didn't see the match so I don't know what it was like. I was watching dinosaurs eat people, which is always fun, I guess. Although this is the part where i'm supposed to say that it wasn't as good as the first one, or not since this isn't a film blog. Anyway, Our little supremeo set up one of the goals, classic Sanchez, dare I say? (I hate calling him Alexis). The other goal was a Vidal penalty, and for any of you interested here is a link to the goals. The video is a little annoying but you get what you want to see, so why complain?

As I said at the start and also aptly named the post, there are plenty of rumours that won't go away when it comes to the early silly season nonsense. The first of which relates to Petr Cech. I don't really know what to make of this to be honest. Then again I am writing a post about it so I guess I should. I would love to get him, definitely, but there is something that doesn't quite add up. The first reason is the fact that we know that Wenger doesn't like to spend big money on a goalkeeper. Let's have a look at his record when it comes to signing keepers..

Overall he has signed 13 goalkeepers, the most recent of which being our current starting keeper in David Ospina. There are plenty of recognizable names such as Jens Lehmann, brought in at the start of the unbeaten campaign, and he would go on to play in all 38 league matches that season. He also still holds the record for most consecutive Champions League clean sheets, with 10. Before he got sent off in the final. That's Mad Jens in a nutshell. Manuel Almunia, another memorable keeper, but not for the reasons we associate with Lehmann. Almunia was an absolute clown of a goalkeeper, sure he was great against Barcelona and kept us in the game somewhat in 2009/10 and even the next season in the Nou camp, but he was just as likely to throw the ball in the net the next match as he was to follow it up with another good performance. What the manager saw in him I will never know. Maybe its the fact that, i'm not sure about any of you, but I always felt sorry for him, I have no idea why, but perhaps Arsene was the same? The only 'logical' reason I can think of. Other memorable names, for one reason or another, come in the form of Richard Wright and the recently departed Lukasz Fabianski, who has gone on and had a fantastic season. There are a few that don't particularly stand out such as Rami Shaaban, Stuart Taylor and Guillaume Warmuz.

I know its too early to judge Ospina and Szczesny, but when you look back on our keeper signings the only one that we can truly say was a great goalkeeper for us was Jens Lehmann. Scary stuff indeed. Wenger spent £6 million on Richard Wright, which is an exception, besides that its mainly been two or three million. It's one of the reasons I remain skeptical on the links with Cech, who would probably cost around £10 million. Besides, he will have to get rid of one of the keepers to bring him in. I'm not sure he is willing to get rid of either at this point in time. Szczesny is still relatively young and has been at Arsenal since he was a teen, and Ospina was only just signed last summer. I don't think either kepper will want to leave either, Szczesny already said that he wants to stay, talk is cheap I know, but I don't think he is actively looking to go. He did just start in the cup final after-all, although so too did Fabianski last season.

The biggest factor in all this, once again is Jose Mourinho. Not in a million years can I see him letting Cech come to us without a fight. He has already said that, although the final decision is Ambramovich's, he will want an Arsenal player in return;

"Every club that is interested in Petr, I can find a player that I like in that team too”

I pulled that form the Irish Examiner. Basically he is going to be Mourinho about it. You don't need to curse anymore you can just insert Mourinho for them all. 'Mourinho you Mourinho Mourinho'. Alright its a bit too much, fine.

Anyway as I said I think Cech would be a big upgrade on what we have, and I would welcome the signing, but I just can't see it happening. I will gladly eat my words if it does, however.

Another rumo(u)r finding the light of day again is that of Gonzalo Higuain, the former Madrid player turned Napoli star. He has had a good season in Italy, with 28 goals in 51 appearances, including 10 assists, according to Whoscored. Again here I go with the skepticism. First of all the reason Wenger said he was put off by him in the first place is due to the fact that he was managed at Madrid by yours truly Jose Mourinho, and when Chelsea were out looking for a striker they had no interest in Higuain. Probably a picky reason form the manager, but still a reason nonetheless.

The same issue with the goalkeeping situation, is the fact that we will have to get rid of a striker or two before we sign one. Look at our squad, first of all Podolski, Campbell and Sanogo are coming back. We have number one, in Giroud and the backup in Welbeck, who was only signed last summer. We also have Walcott who started up top in the last two games, which included the cup final. He scored a goal in that and a hat trick in the match before and the manager has always maintained that he will end up as a striker. Then you can also throw in Sanchez to the mixing bowl as well. I am sure we will look to offload Podolski and perhaps Campbell again. Sanogo will probably go out on loan also. But I still don't see room for a striker, unless Walcott leaves. Perhaps that's what it all hinges on.

The final reason, when you look at the stats, can you really say that Higuain is better than Giroud? I don't think so, in fact they only serve to highlight that Giroud has had a really good season. He has scored 19 in 29 appearances, (according to whoscored) which is far better than Higuain's 28 in 51 appearances. That gives the Argentine a 0.54 goals per game average compared to Giroud's 0.65. Higuain does have the edge in terms of assists with his 10 bettering the Frenchman's 3. Again however, he has played far more games. My point is that there is no point in signing a striker for the sake of signing one. That sentence was strange. Wenger is always saying that he will only sign 'top, top quality', and I don't see Higuain in that category. He does have a great first name, however.

Right we'll leave it there for today, to put it quite simply we need quality in the squad now, not depth. I also think we are fine at the back, we have 4 centre backs (Mertesacker, Koscielny, Gabriel, Chambers) Two right backs (Debuchy. Bellerin) and two left backs (Monreal, Gibbs). I suppose this summer, more than others depends first and foremost on who leaves the club. Realistically, we are most likely to see a midfield signing or two, but I have been wrong before...

Let me know what you think in the comments, should we sign Higuain/Cech? Who should we sign? What positions need strengthening in your opinion?

Edit: There are 'google plus' badges on the side of this page so if you follow me on that my posts get shared directly there as well!