A Little Bit Of Everything In A Glass Half Full.. 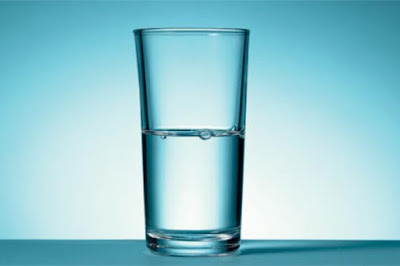 This post has been a long time coming, by that I don't necessarily mean what I have to say but the fact that it has been over a month since the last post on the goalkeeping situation and the nonsense that is the home grown rule. Therefore, I feel the need to explain my lack of activity which is primarily linked to the dearth of real Arsenal news. That is, I suppose, up until the last week or so. You know, the greatest hits; Benzema rumours and Jose Mourinho stupidity but also pre-season matches and more interestingly last weekend's Emirates cup. I meant to put up something earlier in the week, but never got around to it. It has been a quiet summer, particularly after last season's spending, but the most enjoyable fact of the last couple of years is not sweating about the imminent departure of one of the teams best players. Better days indeed. Or maybe the whole not sweating thing is down to the poor weather, whatever. Alas, however, the end is nigh! I can see the light at the end of the tunnel, or more to the point, the players will see such light this weekend as they will run out against F.c Chelsea 2003 in this years traditional curtain raiser, namely the Community (or Charity?) shield. I'm really looking forward to this one; real football is back.

Sure, i'm fully aware that most people will point out that the shield is not a real trophy and the game does not matter in any way shape or form. I would disagree with that analysis as I think that it serves as a perfect opportunity to lay down a real marker for the season ahead and build up more confidence, but most importantly of all, I believe that our opponents make this match more important. If we were playing Man City for example, there wouldn't be the same importance placed upon the game. We beat City last year, twice, including last season's Community shield. We beat United at Old Trafford in the cup; we need to rid ourselves of the Chelsea/ Mourinho curse. This is the perfect opportunity and as a bonus will land us a treble before the season has actually started.

Looking back over pre-season we really have built up ahead of steam, a casual 0-4 victory over the Singapore select XI was followed up by a dominant and impressively well controlled 3-0 victory over Everton, which sealed the Barclays Asia trophy. We followed that up by keeping the Emirates cup at home (I know we didn't retain the cup, as we didn't win it last year, I meant, well...you know what I meant) through blitzing Lyon for 6 without return and battling through Lord Bendtner's Wolfsburg the following day picking up another clean sheet. Pre-season is all about fitness but winning is always enjoyable and a good habit, it helps build cohesion and confidence. If we were to beat Chelsea it would multiply this 7.89 fold (sorry, my maths is still off, Jose still hasn't returned my calculator..). Anyway, enough on the shield for now, there is other news to deal with.

Szczesny has joined Roma on loan for the season, which I think is a very smart move. Considering the purchase of Cech and the fact that Ospina hasn't really done anything wrong, and seems as though he is staying to fight for his place, it only makes sense for at the young age of 25 for a goalkeeper to leave and get game time. There has been some discussion as to whether this will be the end of his Arsenal career, which has spanned 9 years as he arrived at the even younger age for a goalkeeper of 16. It's a hard one to call and perhaps why the manager chose only to loan the keeper out. I still believe that Wenger has a lot of faith in Szczesny and views him as the longer term option for the position. So I don't think we have seen the last of him in an Arsenal shirt, but again, that depends on how well he does over in the Eternal city; more than anything, I think his future is down to him. For those of you who read my last post, yes, I am aware that I was talking about the home grown rule and how it might force Ospina out the door, and now Ospina isn't leaving, but my overall point on the issue stands, regardless of the wrong names and what not.

Now onto the real nonsense stories of the week, and that is the constant noise coming from that insufferable 'only attacks in press conferences' man that gives headaches worse than listening to Bob Dylan singing live (I love his studio stuff). I'm referring to the Chelsea manager, of course. His claims of other teams buying the title and that people would be 'surprised' about Arsenal's spending is both hypocritical and ridiculous in equal measure. The simple fact is that Chelsea have spent more than Arsenal in the last 20 years, in the last 10 years and since he has returned to the Premier League. since his return Chelsea have spent £234.259 million in comparison to Arsenal's £148.2 million, according to Sky Sports. Admittedly, Chelsea have a more impressive net spend, however no one can quite account for the ridiculous amount of money P.S.G spent on David Luiz. More interesting is Arsene Wenger's spending at Arsenal, since his arrival in 1996; I took this excerpt from 7am Kickoff's brilliant analysis on the subject, so it is not my own work (I don't have my calculator, remember?..)

"Throughout Arsene’s entire history with the Arsenal, he has spent just £113m. From 1996/97-2005/06 Wenger spent “lavishly” by his standards and plonked down £58m. In that time frame, he won 3 Premier League titles and 4 FA Cups. That’s 7 major trophies at a bargain cost of £8m each".
"Wenger then went through a period of selling from 2006/07-2012/13 and generated a net profit of £43m. It’s no surprise, then, that in that time Arsenal made it to two League Cup finals and ended runner’s up both times".
"But since 2013/14 Wenger has been given a large chunk of money to spend on players and in the last three seasons has spent £98m. If you’re paying attention, you’ll note that Wenger has only spent £113m in his career, with £98m of that coming in the last three years! In the time that Wenger has spent £100m, he has won 2 major trophies: back-to-back FA Cups at a cost of about £50m each"

From the same article, they worked out the cost per trophy won for each manager at each club. This works out roughly at (in millions) £12.46 for Wenger compared to £48.25 for Mourinho on major trophies. When it comes to all trophies won by each manager it works out at £8.07 for the Arsenal man and £24.13 for his Chelsea counterpart. What's even more impressive is the fact that Ambramovich had already invested £117 million before Mourinho arrived and further bought his trophy haul. He asked to get the calculator's out, and people have done that, and have shown that he is wrong. That is a fact, his other buddy Rafa Benitez would tell him.

Finally, reflecting upon our excellent second half of last season, the addition of Cech and encouraging pre-season form we are looking in prime condition for a significant assault upon the Premier League title. We are not there yet, however. I still believe that we need to add another striker, and perhaps another defensive minded central midfielder. I cannot understand those who say that we need another centre back, however, that is nonsense in my opinion. We have Koscielny, Mertesacker, Gabriel and Chambers, we don't need another. I'm happy number wise and quality wise, and I am really looking forward to seeing how Gabriel progresses as I think he looks like a really promising signing. The main thing, however, is that for the first time in a very long time we are not in desperate need of a particular signing. Things are looking up, the glass is half full and victory over Chelsea this weekend will further show this.